Dr. Bonnie Henry - Are You Listening? 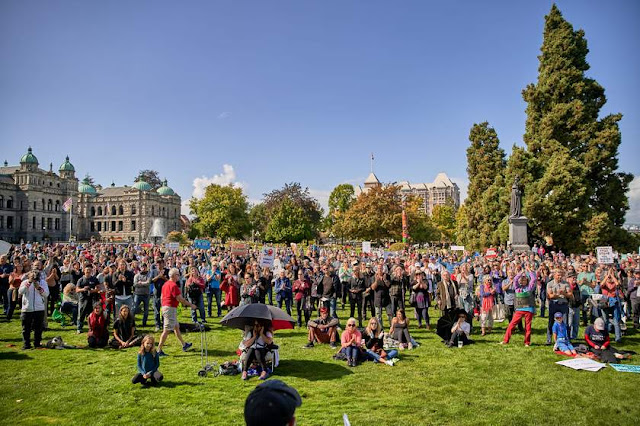 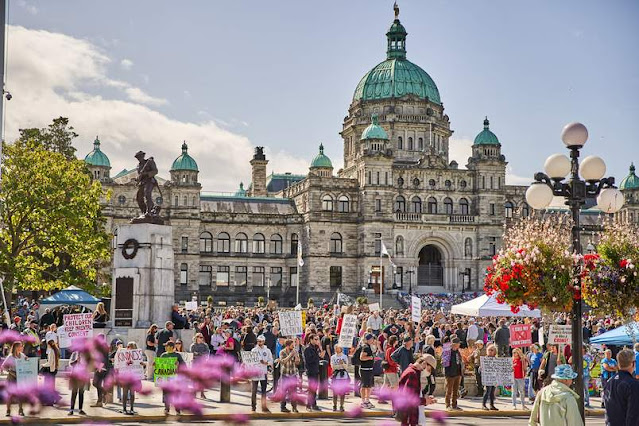 This past Saturday the grounds of the BC Legislature saw Canadians from all over the province converge to tell Dr. Henry "Show us the Data". The thousands of credible scientists and medical professionals who do not agree with Dr. Henry's handling of the virus and her ongoing efforts to force vaccinate people who clearly don't trust the experimental injection.
The regular mainstream press (paid for by the Liberal's) never gave any coverage to the scientists and medical professionals who were calling out Health Canada, to present the data they are using to support their mandates. Of course Health Canada can not withstand a review of their peers any more than Dr. Henry.  Mr. Horgan and Mr. Dix just follow along with whatever she says, knowing the current environment has given government control without accountablity they could only dream of pre covid.
Now that the Canadian winter is loosing it's grip on the nation and spring is coming forth, sleepy Canadians will hopefully emerge from their dens and let all governments know they have had enough. They will also demand a peer review of the science and data used to support the nation-killing measures that have been evoked in the name of safety.
Photo credit John Phipps PPC candidate Victoria BC