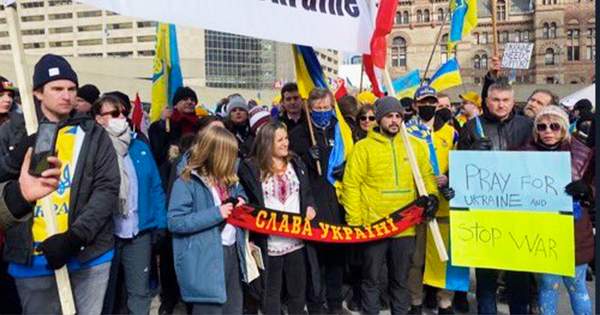 As reported by True North Chrystia Freeland, Canada's Deputy Prime Minister was photographed on Sunday with a banner promoting a far right Ukrainian Nationalist movement linked to Neo-Nazis and extremism.

The red and black flag has historically represented the Bandera movement in Ukraine. Stepan Bandera was a Nationalist Ukrainian politician during the Second World War who is accused of war crimes and leading atrocities against Jewish and Polish people.