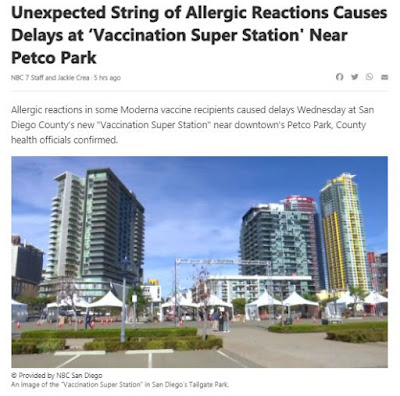 The reactions forced the site to temporarily close Wednesday. The county says it was an unusually high number of reactions in a short period of time, so they stopped using doses from that batch of vaccines. They would not provide details on how severe the reactions were.