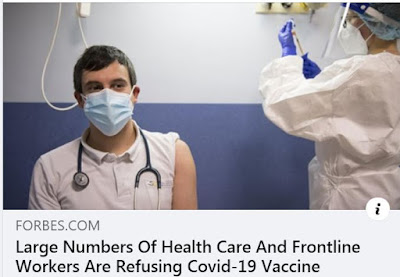 Earlier this week, Ohio Gov. Mike DeWine said he was "troubled" by the relatively low numbers of nursing home workers who have elected to take the vaccine, with DeWine stating that approximately 60% of nursing home staff declined the shot.


Dr. Joseph Varon, chief of critical care at Houston's United Memorial Medical Center, told NPR in December more than half of the nurses in his unit informed him they would not get the vaccine.