What CHRISTmas is All about 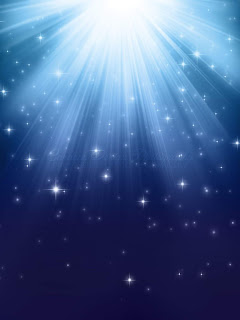 Christmas is not about 'us' and the retailers bottom line which sadly in our generation is what it has been reduced to. We have taken the greatest happening in all history and reduced it to a commercial, self-serving, self-indulgent event.

Over two thousand years ago God Himself took on the form of a man, just like any of us. Born of a virgin in a lowly stable, God Himself came into this earthly realm and as the angels declared He set in place peace on the earth. That peace spoken of by the angels was not man to man or nation to nation but between God and man. That is the peace God's only begotten Son had come to declare and accomplish.

He accomplished this not by His life but by His death. His sacrificial death paid the price that righteousness demands for our sin against God. Our sin separates us from knowing the only true God, unless we accept the sacrifice provided for us by the death of God's only begotten Son we can not know God or enter His kingdom. Sin cannot enter heaven, and only the cleansing blood of Christ can wash away our sin, paying the price for our entrance into heaven itself.

Canada, as a nation has experienced the blessing that came with honoring God's only Son and sadly now, is experiencing the consequence of no longer giving Him place in our nation. We have followed the course of man like so many others that have gone before.

The Gospel of Salvation

The Gospel of Salvation is the one that anyone living in North America has surely heard many times over. That Gospel declares that Jesus the Christ paid the price of our sin against God and that belief in Him gives us entrance into His kingdom. That is the only way, as He declared that no man comes to God except through Him. How we come through Him?? We repent of our sin and ask His forgiveness. As simple as that. He is the Way the Truth and the Life.

The Gospel of the Kingdom of Heaven

For the past few thousand years the Gospel of Salvation is what has been preached which points the way for man to come back into right relationship with God through the sacrifice of His only begotten Son.

Now is the time that the Gospel of the Kingdom of Heaven is going forth which declares that Jesus the Christ is once again coming into the earth to forever establish His kingdom on the earth.

Unlike His lowly, meek and humble entrance on that first Christmas day, this time He will be coming in a blaze of glory that will shake the heavens as scripture proclaims:
"the Lord Jesus shall be revealed from heaven with his mighty angels, In flaming fire taking vengeance on them that know not God, and that obey not the gospel of our Lord Jesus Christ: Who shall be punished with everlasting destruction from the presence of the Lord, and from the glory of his power; When he shall come to be glorified in his saints, and to be admired in all them that believe (because our testimony among you was believed) in that day." 2 Thessalonians 1:7-10

That day is rapidly approaching as we get ever closer to our total destruction at our own hands. If the LORD were not to return, there would be no life left on this earth as we are told two thirds of all people will perish in the days that are coming.

Today may be the day of YOUR salvation, you will never know how many days you will draw breath. Today, while it is called today, call upon the only Name by which any of us can be saved, ask His forgiveness of your sin and receive eternal life that only comes through Him.

That is the real meaning of Christmas, it is not about melting credit cards, emptying bank accounts or stuffing ourselves on a holiday that has become anything but a holy-day.
2020 has been a year that should cause all people to come face to face with the reality of their own immortality and the certainty that their lives are but a fleeting moment.
Those who have been gripped with fear of a virus are only filled with dread because they are not right with God.
There never would be a better time to get that most important detail of life sorted out.
If you are not at peace with God, simply repent and turn to Him. Ask the forgiveness of your sins that is available to all in the Name of Jesus Christ.
If you do that sincerely, the Lord will make Himself known to you, and you will no longer live in fear.