One Third Of Americans
said to suffer from depression 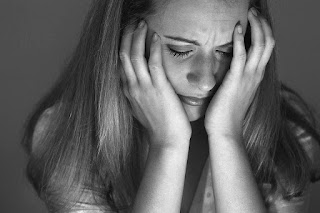 A doctor on the Dr. Oz program made the comment that one in three Americans are now suffering from one form of depression or another. It can range from being lethargic and just unmotivated through to being suicidal.

If one third of the population were suffering from SARS CoV 2 can you imagine the headlines and the call for leaders to DO SOMETHING!!
Those occupying the ivory towers ie: Health Officers, Premiers and members of government from Municipal through to Federal have not had their lives impacted at all by this virus and the draconian measures being employed to combat it.
None of the Ivory Tower dwellers have gone farther and deeper into debt, risk their homes and cars being repossessed as banks start to look for payments which until now have been waived, have seen their jobs just simply disappear and their businesses destroyed under the weight of these 'measures'. They aren't relying on the food banks to put food on the table. Nothing in their world has changed one iota.
One can speculate as to whether local health authorities have any real say in the measures or whether the World Health Organization is playing the tune they all are dancing to but there is a huge difference in the impact on 'regular' people and Ivory Tower dwellers.