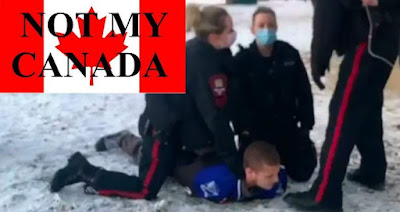 Depending on which news account you read last week some young fellows in Calgary were out on a frozen rink playing some hockey. Go figure??
Then along comes the bylaw officer (full of himself ?) who tells the young fellows it is time to go home. Since it was still daylight, I am presuming they suggested he find something better to do with his time.
This would have led to the bylaw officer then calling the Calgary police to come and enforce the 'time to go home' order. I presume the heavy handed co vid measures have something to do with it.
The police arrive on the scene at which point the usual conflict ensues. The police don't charge the guy with not wearing a mask or being in an outdoor park playing hockey. They try to get him to comply and he still thinks in Canada he should be able to play hockey in the great outdoors.
The cops of course can't just walk away now, after all duty and ego kick in and it all ends with the tazer being threatened and the two police officers finally wrest the fellow to the ground. They did show their lack of hands on skills given the difficulty they had and having to resort to threatening to tazer the young fellow.
The world some years ago was infected with Mad Cow disease. It seems now the world has been infected with Mad CoV disease. 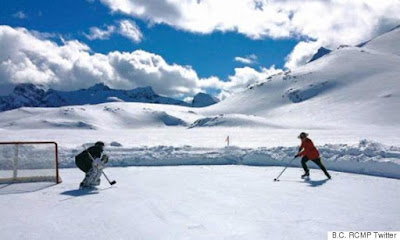