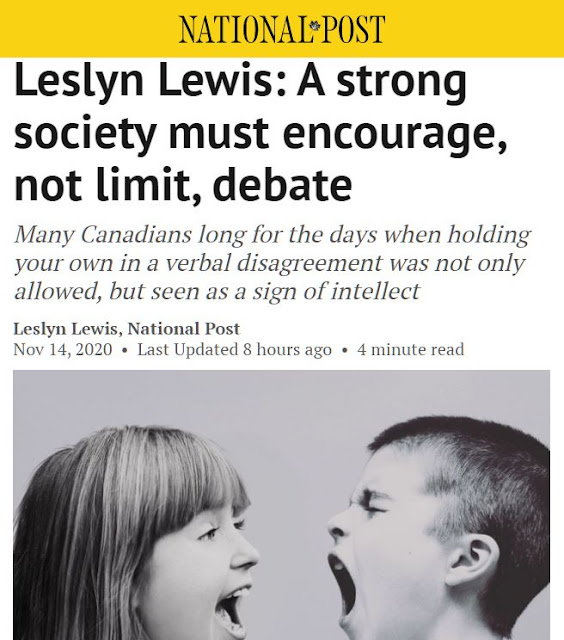 "The days of raising strong children who would not allow
words to 'break their bones' are gone," writes Leslyn Lewis.

This radical movement to suppress dialogue, speech and even beliefs is often supported by the media, which dictates what is and isn’t fact. Reported news is replaced by opinions and commentaries. Once these unsubstantiated facts are planted in the mind, they form a belief system that becomes very difficult to change: the connection to the belief and those who agree with it creates an emotional attachment to a warped version of reality, similar to how cults recruit and hold adherents.

Canadian society has sped quickly towards an echo chamber, in which the occupants no longer tolerate the slightest disagreement. Rather than debating another person’s opinion, it is now acceptable to refute an argument by claiming it is “false,” a “lie” or “unscientific.”