CANADA Has Broken Faith With Those Who Died 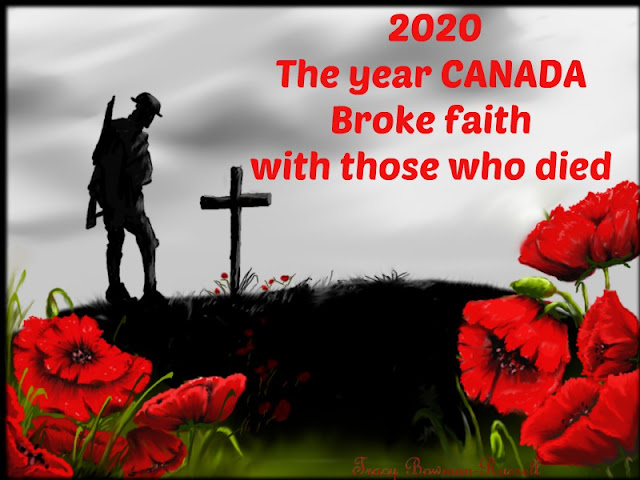 The year CANADA broke faith with those who died

This year 2020, Canada has decided to no longer resist the forces of tyranny that seek to enslave mankind once again. We are throwing up our hands and welcoming our oppressors as we cower in fear.

Inflated numbers and constant propaganda are being used to make a nation so fearful of dying, it is welcoming  it’s oppressor with open arms.

A disease even with inflated numbers has a survival rate of more than 99% and the vast number of those dying are well on in years and have other health issues contributing to their deaths. That combined with what can be called criminal negligence in the medical community for denying known cures has resulted in a terrified nation willing to embrace tyranny.

This Remembrance Day while we cower in our homes and watch some virtual, token event, give remembrance to the thousands of Canadians who have given their lives so we could live in Freedom. A Freedom we have so casually and cowardly thrown away, to our hurt.

We CANADIANS have broken faith with those who died