Is 'The Curve' Flattened Yet? 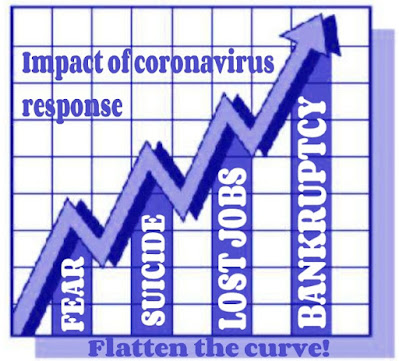 In British Columbia there are fewer than 220 deaths attributed to the 'pandemic' since we started counting in March of this year. Well over half of those deaths were people well advanced in years and most having already reached the life expectancy for residents of B.C. Yes, a death is tragic, but death and taxes are the two certainties and the injury to society caused by the panicked response is proving far more deadly than the 'bug'.
Arguably there is a nefarious agenda at work here as the 'bug' itself hasn't killed any more people than in a typical flu season. That is just a simple fact. When did any flu or virus in the past result in the mass destruction of our entire economic system? A system, warts and all, that has resulted in a standard of living that is the envy of the world.
All governments in Canada from the Prime Minister to Premiers and Mayors have bought into the 'pandemic' and seem to all be singing from the same songsheet. That songsheet is titled "The Internationale".
Most Canadians are just blindly following along dutifully doing as they are told as the state, aided by their propaganda machine, otherwise known as the Canadian mainstream media keeps beating them over the head, with the daily 'covid body count'.
The fact this flu has a better than 99% survival rate and a nearly 100% cure rate are two facts you will never hear leading the nightly 'news' broadcast.
The 100% cure rate is what happens when HCQ otherwise known as Hydroxychloroquine is used as a treatment at the first sign of a possible infection. Costing less than $20 and having a near 100% cure rate has resulted in it being the object of a massive misinformation campaign. Why you might wonder?? The $20 treatment means that the disease care industry would be losing massive profits if this cure were to ever become mainstream.
The complete death of a functioning fifth estate in Canada is the greatest danger we are facing as a nation eclipsed only by our turning our back on GOD, whose blessing we have enjoyed as a nation since the end of WWII.
When we no longer give place and honor to Jesus Christ we fall prey to the god of this age who has taken much of the nation captive as evidenced by the complete lack of God fearing men or women in places of leadership.