GOD IS BEING SLANDERED IN THIS TIME 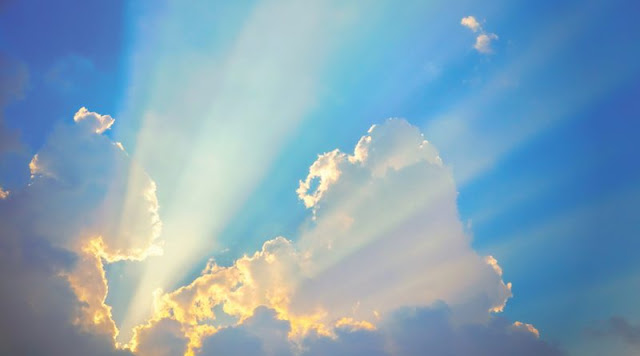 GOD IS NOT THE AUTHOR OF DISEASE

The god of this age is the author of the current attack on mankind. He is able to operate through those who have never heard or have heard and rejected the Gospel of the Kingdom of Heaven.

His greatest allies are those who call themselves Christian but deny the true power of the Gospel.

A common accusation that is raised against God is " if God is good how come He allows bad things to happen?". The truth is, the god of this age (satan) is the author of sickness and disease and the enslavement of people through different devices. God has made the way for ALL of mankind to escape the grip of the devil

One of the devil's most effective tools is FEAR and the fear of death is what keeps people captive all their lives. We read in Hebrews Therefore, since the children share in flesh and blood, He Himself likewise also partook of the same, that through death He might render powerless him who had the power of death, that is, the devil, and might free those who through fear of death were subject to slavery all their lives.

It is the fear of death that has given the devil the ability to enslave nearly every nation on the face of the planet. Getting a sore throat and even a bad case of influenza does not have the power to enslave, but the fear of death, does indeed have that power.

Christians know that Jesus utterly destroyed the fear of death and the power it holds over people. During His earthly ministry He raised many people from the dead, the most commonly known is Lazarus who had been dead for days before Jesus demonstrated His power over death.

The ultimate demonstration of power over death was the resurrection of God's only begotten Son after being crucified and entombed for three days before being raised to life again.

Not as well known nor understood was the victory over sickness and disease Jesus purchased when He was whipped so brutally He no longer looked like a man. The sanitized images of Jesus with a crown of thrones and a few trickles of blood do a great disservice to what He actually endured. He was wounded for our transgressions and bruised for our iniquities. Our peace with God was secured by his beating and by his stripes we were healed. He bore all of our sickness and disease.

THE CHRISTIAN CHURCH NEEDS TO REPENT

The institutions that say they are Christian have denied the fact that Jesus Himself paid the price for our health and wholeness by what he suffered at the hands of wicked and sinful men.

The price He paid through the brutal beating becomes of no effect when Christian institutions embrace the doctrine of devils rather than the Truth that is revealed in the Holy Bible.

Many if not most denominations have the form of godliness but they deny the power. There are precious few, if any, that demonstrate that power, even if they pay lip service to it. Christian 'churches' that take His Name defile it through preaching of powerless doctrines.

Some denominations go to great lengths to explain why the demonstration of supernatural power is no longer present in their services.

Any person who is serious about knowing God needs to come out from among these denominations that are not demonstrating the power of the Risen LORD.

Two red flags are opposition to praying in tongues and laying hands on the sick to see them recover. If praying in the spirit and praying for the sick are not routine events, you are not in a Christian Church.

NO ONE TO HELL

God is love and He loves His creation and does not wish anyone to suffer sickness or death and certainly never sends anyone to hell.

God so loved the world that His only Son paid the price for our sin, which we put between us and a loving God. His only Son went into hell so that we would not have to spend eternity there.

The god of this age will accuse and slander God. Those who listen to his voice, rather than the Holy Spirit, will believe the lies.

The ONLY reason any person goes to hell is for rejecting the message of salvation.

The Gospel is good news, it means we do NOT have to live all our lives in fear of death. We do not need to live all our lives enslaved by sickness and disease.
When we accept the message of salvation that Jesus paid the debt for our sin giving us eternal life with Him. we are born into the Kingdom of heaven.
To demonstrate the truth of the Gospel simply say: " Jesus, save ME a sinner".
It is no more complicated than that, Done sincerely you will instantly know that He has heard you and you will know the Gospel is True.
That is what it means to be 'born again', when your spirit comes alive in God.
Having been born again, you should immediately ask Jesus to baptize you with the Holy Spirit and give you a heavenly prayer language.
GOD IS NOT CAUSING THE TURMOIL
WE SEE IN THE WORLD TODAY
For I am not ashamed of the gospel of Christ:
for it is the power of God
unto salvation to every one that believeth;
To subscribe to Canadian Sentinel for FREE simply click  SUBSCRIBE at the top of this page, Enter your email address and Canadian Sentinel will be sent to your inbox.