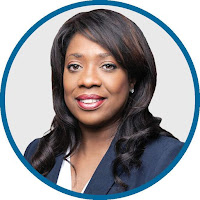 To save our economy
DR. LESLYN LEWIS·WEDNESDAY, JULY 8, 2020·
Today the Liberals confirmed the worst kept secret in Canada: our economy has taken a drastic hit and they have no concrete plan to get us out of it.
After years of spending the cupboards bare when times were good and running $20 billion dollar deficits, their disastrous COVID plan has increased our deficit this year to over $343 billion dollars.
Think about that for a second.
343 billions dollars more that we will have to pay interest on.
343 billion more dollars that will hang over our children’s heads as they try to chart their own futures in this country.
It is going to be a long climb back to balanced budgets which will take just as much resolve as it does good planning.
We must be committed to not just stimulating our economy with good sensible plans that empower our small businesses and entrepreneurs, we need to have the guts to start cutting government waste.
Liberals will attack us for talking about “cuts to public service”, but the truth is that cutting wasteful luxury spending and patronage handouts is not a bad thing.
I will cut the $1.75 million that the Liberals spent on flying their chefs with them around the world.
I’ll put an end to hanging on to empty buildings in downtown Ottawa that the private sector would love to purchase and revitalize in our own capital city.
Taxpayers can save by cutting the million dollar corporate handouts the Liberals have been funnelling to their friends for the last five years.
I’ll pull our 250 million dollar investment out of the Asian infrastructure bank which is building pipelines in China, and will reinvest that money in Canadian infrastructure which will create thousands of jobs and help us get our economy back on its feet.
I’ll end grant programs that are being misappropriated to incentivize media outlets to write articles on climate change instead of local news coverage.
I’ll put an end to the practice known as “March madness” which incentivizes government departments to waste large portions of their budgets on new TVs, office chairs, and outside contracts every year simply to fill out their budget lines.
My promise to Canadians is that I will use every tool at my disposal to increase investment in Canada, and revitalize our energy, farming and other resource sectors. I will invest in manufacturing and place Canada in a position of strength should a crisis like COVID-19 ever arrive again.
If we are going to be honest with Canadians and tell them that getting Canada back on track fiscally is going to take resolve and hard work, I am determined that a Lewis government will lead by example.
Canadian budget Canadian deficit Canadian economy Canadian household debt Conservative Leadership Leslyn Lewis