Curve and Economy Are Well and Truly Flattened 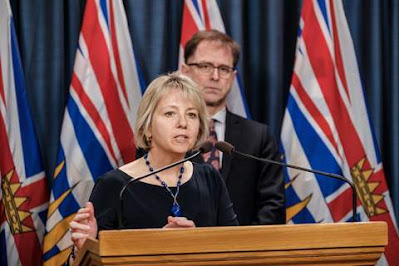 Daily Updates on 'Diseases of Despair'
will they be coming next?
One example of side effects of locking down the economy for this extended time period is the increase in overdose death among First Nations people, which has spiked 93% over last year at the same time.
A spike in domestic violence causes concern among crisis workers who say the situation now is the worst case scenario for women that are victims.
Drug overdose deaths accounted for 170 deaths in May alone nearly exceeding all covid deaths.
How many heart attacks, strokes or cancers have not been diagnosed because of the near myopic approach to delivering health care during this panic-driven crisis?
How many other ailments have worsened for lack of proper medical attention these past four months?
The B.C. surgery backlog will take up to two years to clear. Some doctors say the term 'elective' is not really accurate as any surgery that is scheduled is in fact a needed procedure. The term elective makes them sound as if they are optional, which is not the case at all.
There were some 30,000 surgeries that were not performed during this time period which will take as much as two years to catch up. The health minister said this was the right thing to do in the battle against Covid 19.
A question for the health minister:"was there ever a time during this crisis that the health care system was in fact over run?". In Nanaimo for example there were many empty beds and perhaps one or two being treated for Covid 19.
Studies from elsewhere indicate that there is one successful protocol that has kept 87% of covid patients out of hospital in the first place. Dr. Zelenko in NY has treated hundreds of patients with a 99.7% survival rate and 87% of those patients did not require hospitalization. What treatment protocols were in place in B.C. during this time?
In mid-March these measures were put in place to 'flatten the curve' which arguably was never out of control in any case. There have been 183 deaths reported attributed to covid-19 and without knowing how many of these people were in poor health to begin with it is impossible to say if these drastic measures were ever necessary.
The health ministry needs to be held accountable for ALL of the diseases of despair that are resulting of this complete flattening of the BC economy, which was never factored in at the beginning of this crisis.
Many studies with accurate data are showing that while this has been a nasty disease as Dr. Zelenko said "he would sooner his children got covid than influenza". Think about that, the next time our health officials assail us with what is now approaching pure fear mongering.
For comparison Sweden had 5447 deaths and a 7.4% mortality rate. Canada had 8711 deaths and a 8.2% mortality rate. Whether any meaningful conclusions can be drawn from these stats is questionable as there is no way of knowing how number of cases was determined. That said, for a certainty Sweden will have nothing like the 'diseases of despair' that Canada will be dealing with in the aftermath of this crisis. They did not sacrifice their entire economic and social structure dealing with what has been described as just another flu.
Adrian Dix BC Covid Bonnie Henry Covid Covid Shutdown Covid-19 Fear mongering