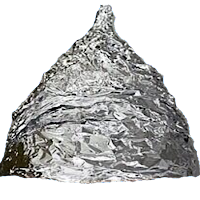 1: a plausible or scientifically acceptable general principle or body of principles offered to explain phenomena
Definition of conspiracy theory

: a theory that explains an event or set of circumstances as the result of a secret plot by usually powerful conspirators
Modern Day Application Of Phrase
While all of the above definitions define a conspiracy theory as being a completely legitimate plausible explanation for an event or phenonmena; it is most often used to discredit someone putting forward such a theory.
Rather than providing a legitimate, debatable counter argument, branding someone as a conspiracy theorist is used to shut someone down without addressing the real issue. A case of attacking the messenger, when you can't really attack the message. Today, such tactics are becoming more and more common. Other examples of labelling rather than debating would be 'racist' 'sexist' 'misogynist' 'boomer' etc. Hurling epithets has replaced articulating and debating your point of view.
Everything from the twin towers to chem trails to gmo foods and now a pandemic of global proportion are the basis for a range of conspiracy theories. These theories can not simply be dismissed by labeling them a 'conspiracy theory', implying it is void of fact or useful information.
Bear in mind, since it is a 'theory' it can not be proven and neither can it be unproven. A key component with most such conspiracy theories is a distrust for the official narrative, and a distrust for the institutions we once considered beyond reproach.
Some of the high level machinations within the FBI, the DOJ and perhaps even the past Presidents office coming to light, pretty much undermines faith one might have had in these agencies. The loss of integrity in journalism and once revered publications provides lots of fodder for those considering different explanations for current and past events.
One would have to be naive beyond naive to think our governments dispense the truth and nothing but the truth. To think the governments are not spinning certain events to make it appear they have everything well in control would again be naive beyond naive.
So the next time you hear some intriguing story which is immediately being discredited as another 'conspiracy theory' ......... take a closer look, there just might be something to it.