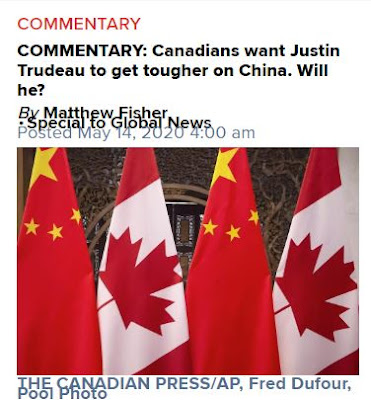 From a Global News commentary; " a poll published late Tuesday by the Angus Reid Institute that found that more than 85 per cent of Canadians believe China lied about what it knew about the coronavirus."
Until mid-May Trudeau had never publicly said he questioned China's role in covering up the pandemic. That changed in mid-May but only after the results of the Angus Reid poll became public. 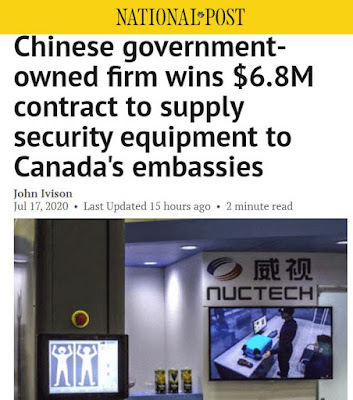 The National Post reports:
"The government of Canada has awarded an estimated $6.8 million contract to a state-owned Chinese company to supply security equipment for 170 embassies, consulates and high commissions around the globe."
Serious questions have been raised about doing business with a state owned company that is subsidized and therefore can undercut competition from Western companies. The idea of have Chinese security equipment installed in Canadian embassies is also of concern in some quarters.