THUGS AND CRIMINALS . . .
JUST AS BAD AS THE BAD COP THEY "PROTEST" 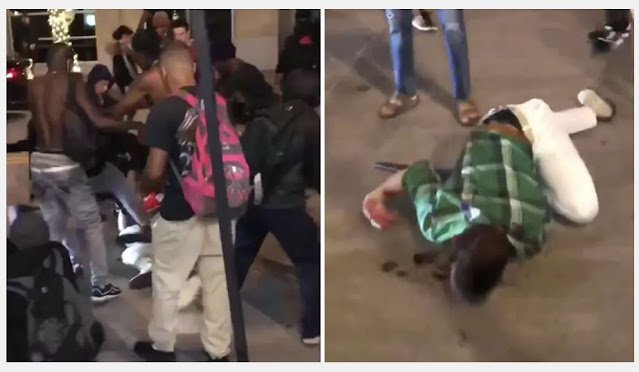 This is an example of what happens when the 'mob' is given an excuse to riot and loot and destroy property.
Under the guise of protesting an act of police brutality these thugs are using the occasion to raise as much hell as they can,in as short a time as possible.
Some are the usual intellectually challenged who just follow the mob and within that mob you can bet are paid provocateurs on the payroll of Soros and the other evil overlords.
Take a good look at that picture, the twisted beaten (likely to death) hapless soul on the pavement fell afoul of those who are so incensed with the violence in Minn. they just have to take it to the streets.
This picture has been posted on Facebook several times, but keeps being taken down by the other evil overlords in social media.