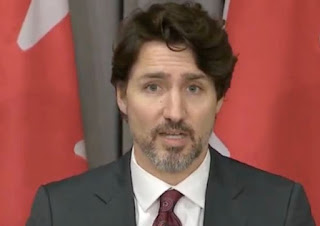 Banned firearms account for less than 9% of Canadian homicides

Despite facts to the contrary, the Trudeau government has dropped the hammer on many law abiding Canadian gun owners under the guise of public safety. The firearms being banned account for less than 9% of all homicides committed in Canada in 2018.
Using the tragedy in Nova Scotia to bolster their talking points this government holds out the false promise of increasing public safety. Specific to the horror in Nova Scotia , this gunman did not have a permit to purchase or own firearms. The weapons he used were all illegally secured. This latest move would do nothing to have stopped this horrific mass shooting. Suggesting this will do anything is a testimony to this government's lack of any meaningful measures that would make Canadians safer.
Just the facts ma'am just the facts .........
Statistics are from Stats Canada for the year 2018
Total Homicides 651
Total by firearm 249
Number that were gang related 157
Number of non-gun related homicides 402 which would have been by stabbing, beating, strangulation and 'other'.
Breakdown of type of firearm used in the 249 cases
143 Handgun
56 Rifle or shotgun
18 Sawed off shotgun
2 fully automatic
30 Unknown type

Less than 8.6% of all homicides committed by banned firearms

The above data demonstrates that of a total of 651 homicides 38% were committed by firearms, 62% were committed by other means (stabbing, beating, strangulation). Of the total firearms related homicides 63% were gang related and 37% were not gang related.  It further shows that only 14% of all homicides were non gang related firearms homicides.
Of the total firearms related homicides 56 were by rifle (undefined as to platform type ie: AR) for a total of 8.6%. It is certain that not all of these homicides used an 'assault style or AR weapon) therefore it is safe to say that less than 8.6% of these homicides involved the now banned firearms.
The thrust of the Trudeau order is to make Canadians feel safer by banning 'assault type weapons' when in fact less than 8.6% of all homicides fall within the rifle category.
Telling Canadians that removing firearms that account for less than 8.6% of homicides is somehow going to make Canadians safer is simply a false statement. Their inability to bring about meaningful steps to stem violence is not comforting given they are governing as if they had a majority.
Canadian Gun Ban Trudeau