COVID IN CANADA BY THE NUMBERS 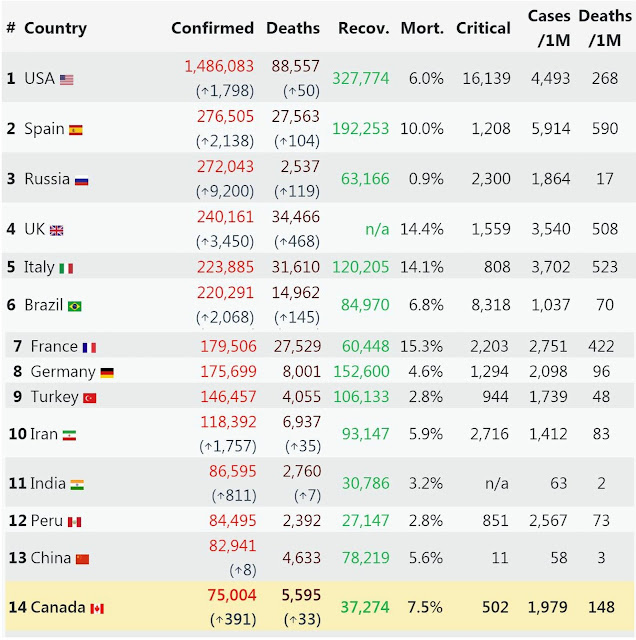 Confirmed Cases, Recovery and Deaths
Note: the above numbers are sorted by the total number of cases in reporting countries. Whether all nation's reporting is the same or can be relied upon is a question for another day. Variables in testing are significant based on protocols and medical infrastructure and data gathering ability in each nation. It may be assumed that Canada and the US have similar protocols and reporting methods in place. That said the US has led the globe in the number of tests being administered and they likely have a very robust reporting system in place.

Canada and British Columbia covid - 19 cases
Whether each Canadian province has the same testing protocols and capacity in place is another question for another day. The above stats show a national mortality rate of 7.5% deaths nationally, and 5.8% provincially. 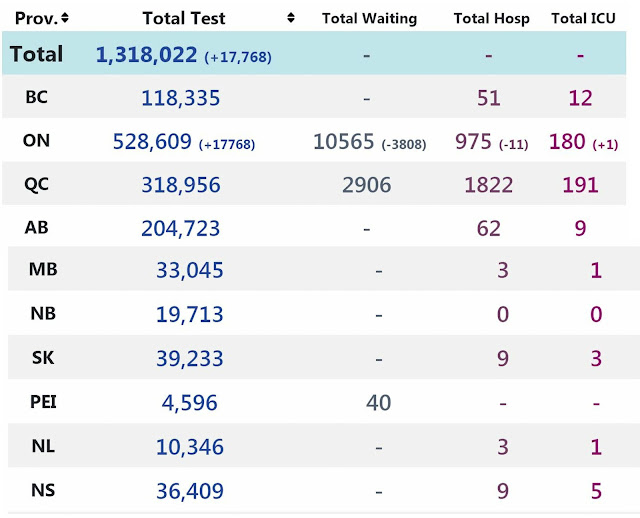