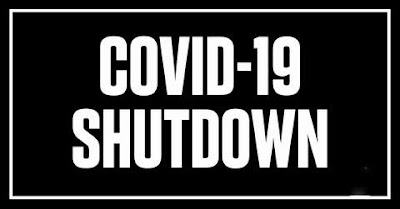 Fox news reports: "More than 600 doctors signed onto a letter sent to President Trump Tuesday pushing him to end the "national shutdown" aimed at slowing the spread of the coronavirus, calling the widespread state orders keeping businesses closed and kids home from school a "mass casualty incident" with "exponentially growing health consequences."
The letter outlines a variety of consequences that the doctors have observed resulting from the coronavirus shutdowns, including patients missing routine checkups that could detect things like heart problems or cancer, increases in substance and alcohol abuse, and increases in financial instability that could lead to "poverty and financial uncertainty," which "is closely linked to poor health."
"We are alarmed at what appears to be the lack of consideration for the future health of our patients," the doctors say in their letter. "The downstream health effects ... are being massively under-estimated and under-reported. This is an order of magnitude error."
Covid Shutdown Covid-19