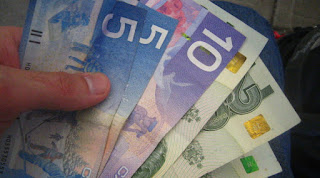 It is being reported that the Canadian deficit this year alone could top $250 BILLION as the government tries to avoid a complete collapse of the Canadian economy brought about by the governments handling of the Wuhan virus pandemic.
This means that this government has done in one year what would have taken 12.5 years using their demonstrated fiscal policies of the past five years.
The estimate of $252 billion is the result of the $146 Billion in spending cushioning the economy during the pandemic, an estimated reduction in GDP of 12% which raises the debt to GDP ratio to 48% from the current 34%, this is the federal debt only . This coupled with the price of oil remaining well below budget expectations could result in a total deficit of the $252 billion in the parliamentary budget officers report.
The report also says the debt to GDP ratio could continue to rise if some of the financial aid measures are extended or become permanent.
Canada Canadian budget Canadian deficit parliament Trudeau